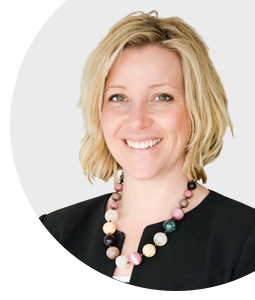 Belinda is a science communicator and educator with a passion for primary production. She has 15 years’ experience in using colour, fun and credibility to communicate science to non-scientific audiences – and has received national accolades for her work.

With a Bachelor of Science (Honours) and a Graduate Diploma in Scientific Communication, Belinda engages audiences using a range of hands-on and interactive platforms, such as practical displays and demonstrations and all forms of traditional, social and digital media. She has extensive experience in designing education and training programs which use enquiry-based learning principles and is an engaging science presenter, a skill gained as part of the Questacon Science Circus.

Belinda’s previous industry positions include FarmBis Program Leader and Youth Development Leader with Primary Industries and Regions SA and Education and Communication Officer with the Primary Industries Centre for Science Education. She spent five years as Communications and Education Manager for the Australian Centre for Plant Functional Genomics where she developed Get into Genes, an education program which has reached more than 30,000 students. Under her tenure, the program received the Cooperative Research Centre Association Award for ‘Excellence in innovation in education and training and public outreach activities’. She was also the science consultant for Beyond Television Productions and helped develop ABC children’s science program Backyard Science.

Belinda is a skilled public speaker and Master of Ceremonies. She has hosted radio show Blond Science and the Oliphant Science Awards and officiated at the launch of the Do Dairy campaign, in addition to many industry and school events.

Belinda is a RA&HS Board Member and Vice Chair of the RA&HS Education Foundation, an Executive Member of the Royal Adelaide Show and Councillor of its Grains and Fodder Committee. She lives on a farm near Owen in SA’s Mid North with her husband and four children.